The European Parliament on Friday voted decisively in favor of a proposal to delay by one year the implementation of the EU's Medical Device Regulation. This will allow authorities and manufacturers alike to prioritize the fight against the coronavirus pandemic by continuing under current procedures. This means all new medical devices sold in the EU must comply with the new Medical Device Regulation (MDR) requirements. Now, most medical device manufacturers are ready to become compliant as the deadline approaches, what improvements have they benefited from by implementing EU MDR?

In terms of artwork and labeling the EU MDR regulation put a focus on the layouts of both labels and IFU’s. Labels needed new symbols and additional warning phrases. Where would this information come from? How would it be checked? How would it be made consistent on a global basis for a given brand or product range? After these questions came where or how will it fit on the label and probably equally importantly how will large volumes of labels be updated with the changes required?

Customers have told us they used their heightened focus on labels to remove duplicates and archive labels no longer in use, some customers removed around 20% of their labels by doing such an exercise. This tidied up their landscape and of course reduced the number of labels to be considered for updating. It was found that duplicates were usually created because a single source of truth for the label or label component was not easily accessible. Many of the archived labels were old versions of current labels. Either no version control was available, the user didn’t know how to use it or was not forced to use it. Now these challenges have been identified as our customers affected have implemented a single source of truth for the label and label components. They have made sure the source of truth supports full version control thus allowing all previous versions to be contained within the same file in the same location.

Faced with layout changes and additions to sometimes thousands or even tens of thousands of labels our customers have told us they now realize how important it is to get the changes right first time around. Several iterations for a change can be frustrating when its only one label but when its thousands it quickly becomes a serious problem. They have learned to provide the label components required from the single source of truth as discussed above and then to provide detailed brand or design guidance to the artworker to ensure the change is done correctly the first time. Customers have found these changes have made improvements in the accuracy of the label first time around leading to a much-appreciated overall business improvement.

If customers were lucky enough to have a powerful artwork management tool like Kallik’s Veraciti™ then identifying how many labels and IFU’s need to be changed under the new MDR rules was a simple task using the “where used” tools. Knowing the scale of the task even before the change project starts is a major benefit to any customer. Once the scale of the task is known a plan can be put in place to action the task. Our customers would have simply needed to guess without such a tool and in my experience any guess is likely to be wrong.

Once the scale of the task has been identified then the feedback from our customers was that many more labels were impacted than they realized. Usually, the number was in several thousands but often it was in the low tens of thousands. The only economic way to change such a large number of labels is to use templates and automated generation of the new version using computer power and associated logic. The Kallik customers using our automatic label generation tools have commented on how they saved the day and changed the labels well within the MDR deadline thus allowing plenty of time for review and any necessary print trials that may have been required. The overall feedback is that MDR compliance was made possible within their business due to the automatic generation tools. Now the tools have proven so useful most customers have plans to expand their use and pass on the business improvements experienced to more packaging types such as IFU’s and User Manuals.

In terms of IFU’s many of the above comments and much of the feedback applies in the same way. The challenges were similar, the tools used were similar and the same type of business improvements have been experienced. The further challenge with IFU’s was how to publish them and in what file format? Regulators may want the IFU in an XML format and the device manufacturers' website editor may want it in a pdf format. By having a single source of truth, the IFU content remains correct and compliant whilst allowing different tools to be validated to publish the IFU in various file formats. Our customers have told us that having this in the same system as the labels has made their lives much easier. Most now have decided to continue this improvement process by using the same system to control and manage their cartons as well as labels and IFU’s.

In conclusion it's clear that the EU MDR forced changes on the medical device manufacturers but at the same time such a large scale and all-encompassing task has led to business improvements in multiple areas across many different packaging types. 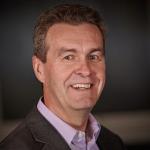